This winemaking style is not a cool trend.
The story of orange wines started on the hills of Georgia, in the Caucasus, in ancient times: archaeologists have found that five thousand years ago people from this area deposed grapes in the so-called “Kvevri” (terracotta large containers where you can obtain a long maceration, concentrated wines and color loads).
This technique is still used by wineries in the area and was picked up by several producers of Friuli Venezia Giulia, the italian region that rediscovery this style, Slovenia, Austria and Croatia.

Just like the sweet, salty, sour and bitter joined the fifth taste, umami, so the three colors of wine, white, red and rose wine, joined the fourth member: the orange.
This is a new style of wines produced from white grapes through the long maceration.
The fermenting must remains in prolonged contact with the skins of the grape, taking from them the tannins and golden orange in color with amber trends.
In some countries, in particular in Georgia, Orange Wines are called Amber.
Some manufacturers are taking up the old traditions.
The perception of flavors is complex: tannic intensity, primary aromas of the grapes, mature and dried fruit with herbs notes.

3 – Where do Orange Wines come from?

Orange Wines are a small but important niche in the wide range of wines.
The epicenter of world production encompasses the area north of the Adriatic, expecially in the territories of north-eastern Italy , Slovenia, Croatia and Austria.
One of the most exposed regions of orange wine production stretches like an arch from Istria through the Karst and the Vipava valley to the Collio and the Friuli.
In the north even Styria and Carinthia are converging to Orange Wines.
The number of winegrowers who handed down the traditional production methods is growing.
They’re sharing their experiences and developing new knowledge to refine and improve their wines.
The native homeland of Orange Wines is Georgia. Hence the production in Kvevri, in which the wine stays in contact with grape skins for several months after fermentation.
At the moment, Orange Wines Vineyard are slowly expanding in Italy, Austria, Germany, France, Spain, Hungary, Serbia and in new wine regions, New Zealand and the United States.

Orange Wines go well with traditional dishes of their regions of origin. Their aroma, their intense flavor combined with the fragrance and lasting aftertaste open to a wide range of options that you can match them, even in place of red wine.
Fish dishes, especially those served raw and slightly fatty, perfectly match with Orange Wines.
They’re enhanced by the slight greasiness placed on the taste buds. They perfectly match with Asian cuisine, mainly with the japanese cuisine. In Japan, winelovers are convinced that Orange Wines are the best companion to the traditional sushi and sashimi.
In the Mediterranean tradition, in addition to meat and game dishes, they well combine with lamb and kid. 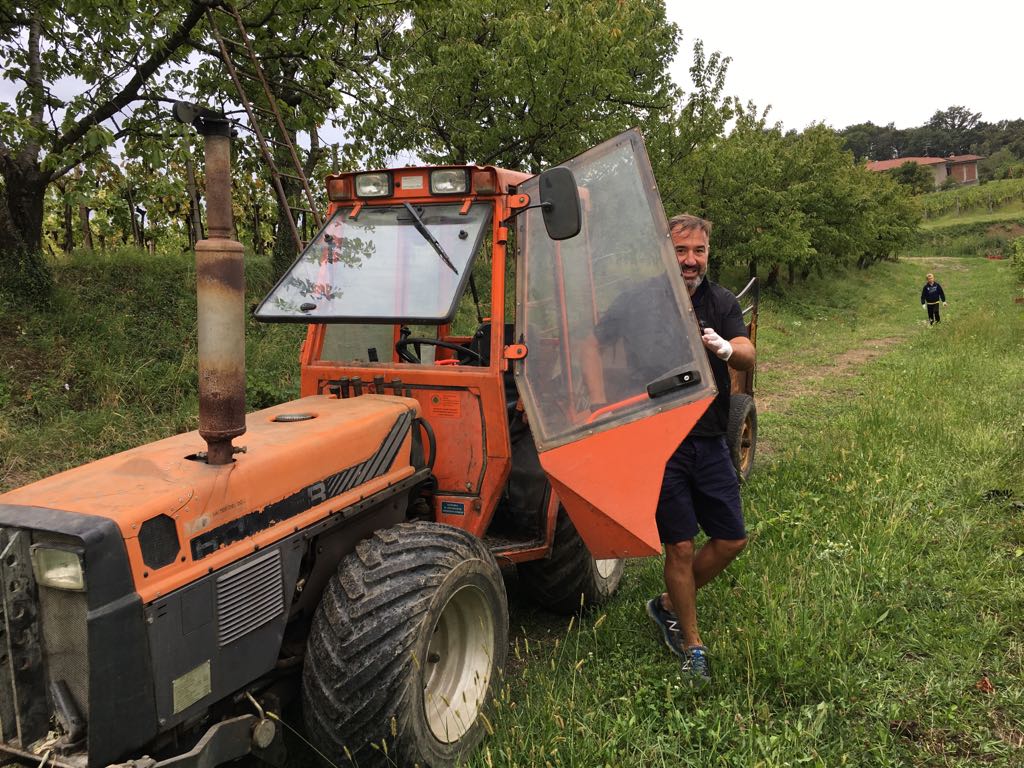